you wanted the BEST, you got the Best... Welcome to ROCKtober!

THE HOTTEST BAND IN THE LAND... 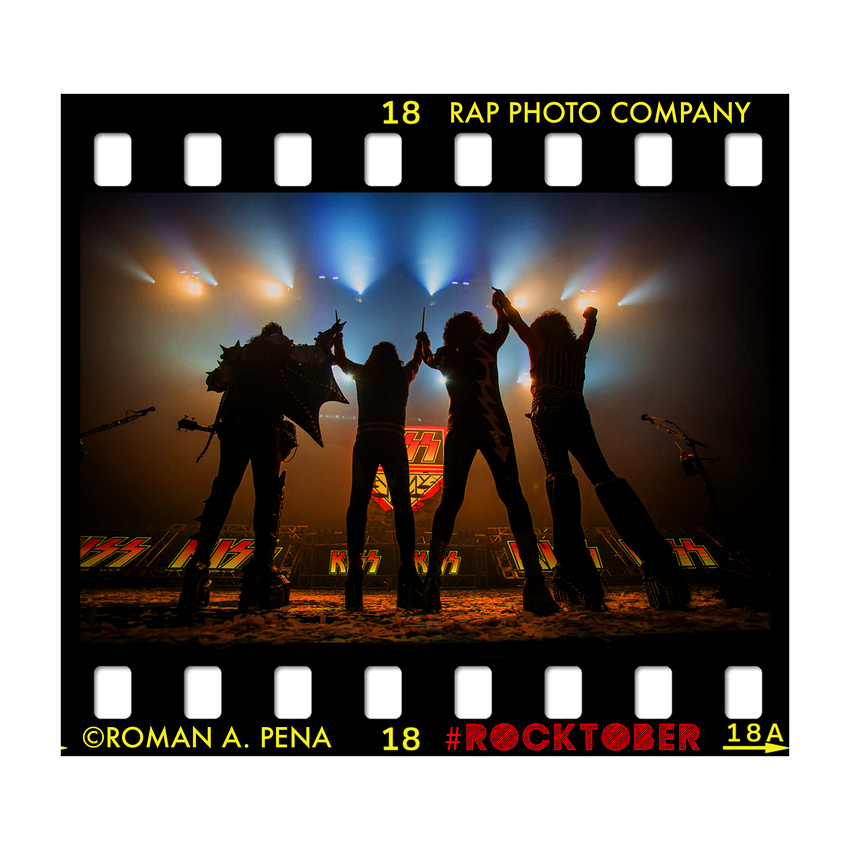 So I thought it would be fitting to feature a photo of a band that lead me on this path of being a professional concert photographer. The hottest band in the land... KISS!

As a kid, I would dream of being in the band KISS, and as an adult, photographing them from the pit is the closest thing to that reality. To say that these guys were my idols would be an understatement. I've carried around, for a lifetime, a crate of vinyl that housed my KISS collection from my childhood. Soooo every time I have had the chance to photograph them, it is an incredible honor for me.

This particular shot was taken during a salute to our Service men & women. To be able to capture this image of the band, is special to me because it's not the typical image you are used to seeing of the band.

When I was a kid, I never thought being a concert photographer was a job or a career. All I knew then was that I wanted to be around music. I am so grateful to do this as a profession and to be involved with musicians and all the awesome people involved in the music industry. So as the band salutes the troops, I, salute you!